Karl Hugo began playing and composing on the piano as a child, creating his first concerto when he was barely a teenager. During this period, he had an epiphany while watching the movie Ice Castles: he would spend the rest of his life composing music for figure skating! In 1992, his dream came true with the release of his first piano album. He then met Ice Capades star Julie Brault with whom he filmed Broadway, an ambitious video combining piano and figure skating.

It was during this period that Karl Hugo began collaborating with Hugo Chouinard of Studio Unisons (sk8mix), musical designer specializing in figure skating, synchronized swimming and dancing. This fruitful 27-year partnership has never stopped renewing itself with the seasons of sport and new generations of athletes. 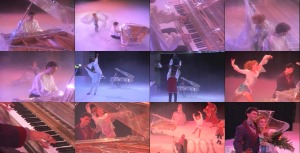 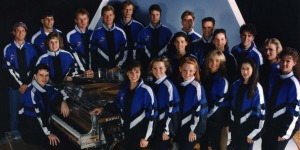 After coming to the attention of IMG in New York, Karl Hugo was invited to play his compositions at professional ice-skating shows such as Champions on Ice and Skate the Dream, always accompanied by his transparent Kawai piano. He also wrote music for ice dancers such as Isabelle & Paul Duchesnay, Isabelle Delobel & Olivier Schoenfelder and Marie-France Dubreuil & Patrice Lauzon.

Winter 2020, Karl Hugo joined forces with The Voice of China sensation Junshu Zheng, Chinese ice dance champions Shiyue Wang & Xinyu Liu as well as the renowned Canadian choreographer Marie-France Dubreuil to create a grandiose music video. For the needs of this collaboration with the Chinese label HIFIVE Music, Karl added English lyrics to one of his instrumental composition and thus created the song I Feel Lonely, later adapted into Mandarin (孤独的雪花). Not only is the result breathtaking, but it is also heartwarming to see that such a unifying project can still exist in today’s world in crisis.

In September 2020, Karl Hugo successfully launched a new instrumental single entitled Your Last Kiss. This vibrant piano and cello duet is an extended version of the music Karl composed for the latest free program of Olympic figure skating medalist Shoma Uno. Feeling Mathieu Caron draw the single cover inspired by the iconic costume he designed for Shoma. The entire program is based on the concept of choreographer David Wilson and Karl’s partner in figure skating music, music designer Hugo Chouinard.

On International Kissing Day 2021, Karl Hugo launched the sequel of Your Last Kiss single, an ardent piano and cello duet titled Endless First Kiss. For the art cover of his new opus, Karl chose the sketch of The Next Ice Princess dress, designed and drawn by Josiane Lamond and highlighted by vivid watercolor, which illustrates the almost epic emotions love can sometimes produce.

Endless First Kiss represents a glass slipper to find The Next Ice Princess. Thanks to this international contest organized by Elite Xpression, Karl Hugo Music and Sk8mix, the new ice princess wins a sumptuous tailor-made dress as well as grandiose original music that she will use in her next competition season.

The Next Ice Princess is a new  international contest organized by Elite Xpression, Karl Hugo Music and Sk8mix. 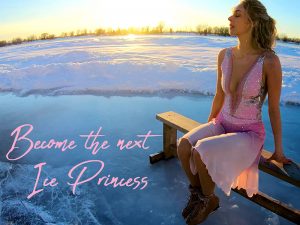 This is a medley of Karl Hugo’s original music specially composed for skaters and synchronized swimming teams.

For the Shoma Uno’s long program (2019-2020), Karl Hugo composed and performed Your Last Kiss which is used in the first part and in the middle part of this program based on the song Dancing on My Own by Robyn performed by Calum Scott.

For Hubbell and Donohue’s free dance, Karl Hugo composed a grand finale recalling the beginning of thier program and blending perfectly with Kissing You performed by Des’ree to ultimately create a kind of original mashup.
Madison Hubbell & Zachary Donohue 2018-2019 FD

Karl’s very personal adaptation and performance of the famous You Are So Beautiful (Fisher/Preston) made popular by Joe Cocker.
Cynthia Phaneuf 2008 SP

Inspired by the musical themes of the program while maintaining the same texture, Karl Hugo created this Olympic final.

In order to legalize and flesh out the last part, Karl Hugo added an orchestral beat that was initially subtle and more and more powerful and complex to a triumphant finale.

In order to intensify the last part, Karl Hugo has added a string orchestra that envelops the singers.

Karl Hugo created a layer of orchestra and choir as well as an epic finale.

Karl Hugo created a grand finale to this Anne Hathaway’s version of I Dreamed a Dream from Les Misérables.

Because the original version of Cheek to Cheek was too smooth, Karl Hugo used an old time orchestra to beef up the finale.

Karl Hugo “legalized” the beginning of The Prayer by adding orchestral pulses overdubs and instrumental flourishes.

It is quite possible to “legalize” a program by adding beats to classical music with taste and subtlety.