His love of musicals led Karl Hugo to contribute his talents as an arranger, orchestrator, musical director and live musician to numerous official Canadian productions of works such as Fiddler on the Roof, La Cage aux Folles, My Fair Lady, Nine and The Sound of Music. Building on this experience, in 2008 he created and produced his own musical, Noémia, for which he wrote the book and the music.

The Sound of Music

Théâtre St-Denis, Montreal and a grand tour of Quebec

Karl Hugo came full circle by performing in the musical that ignited his passion for the genre and that inspired him to write his own. He joined with musician friends Pierre Benoît, Marc Bonneau, Jacques Roy, Patrick Vetter and made new ones: Philippe Dunnigan, Lucie Cauchon and Heather Schnarr, becoming part of a large family with whom he shared many magic moments over the course of 175 performances.

Fiddler on the Roof 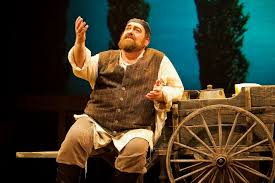 Music by Jerry Bock, lyrics by Sheldon Harnick and book by Joseph Stein 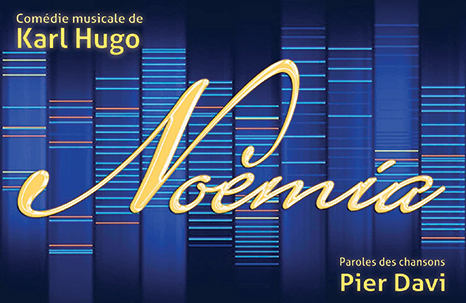 Book and music by Karl Hugo and lyrics by Pier Davi

Produced by Musivarts and the Verdun’s Economic Forum

Noémia is a musical that tells the unusual story of a young scientist who is trapped in a love triangle and desperately searching for her ill sister. For his first “true” musical, Karl Hugo wrote the book and composed the music. He asked his friend, lyricist Pier Davi, to join him for this emotional adventure. Almost three thousand people were deeply touched by this deluxe workshop production. A musical is a timeless work that is constantly reinventing itself. Stay tuned for the next version of Noémia coming soon to a theater near you. 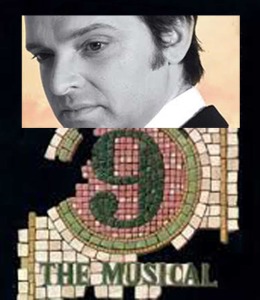 Music and lyrics by Maury Yeston and bokk by Arthur Kopit

With their talent and ingenuity, Karl Hugo, Pierre Benoît, Marc Bonneau and Jean-François Ouellet ended up surprising Maury Yeston, who thought he needed to put together a full orchestra. The creator of Neuf encouraged Karl Hugo to produce his own musical, which at that time existed only on paper. Noémia was presented to the public the following year… 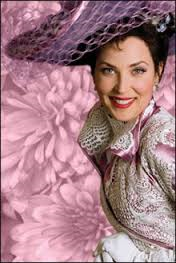 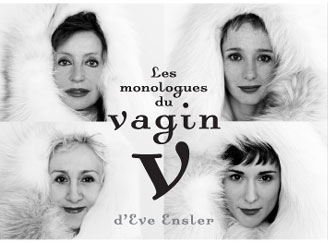 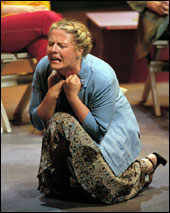 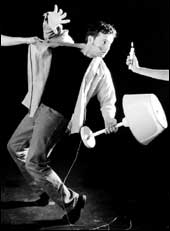 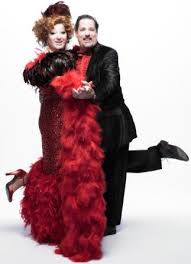 In this quasi-burlesque musical, Karl Hugo found himself conducting a madcap array of excitable folles… The flamboyant arrangements, orchestrations and additional music kept Karl Hugo on his toes. 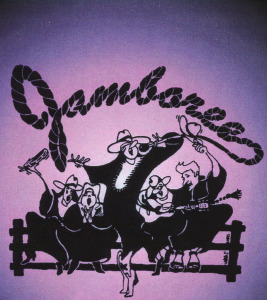 Karl Hugo got together with his friend Marc Poulin for another comical adventure: this time, country style.

This satirical comedy on the tribulations of King Arthur provided an opportunity for Karl Hugo to compose grandiose songs with a mediaeval feel and, of course, a touch of humour… 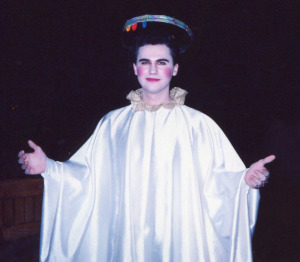 Abbot Jacques Dubuc introduced Karl Hugo to the magical santons (Christmas figurines) of Provence. In addition to entrusting him with the composition for this musical play, the former professional dancer turned priest offered him his first professional acting experience. Karl Hugo played the angel Boufarou, who narrates and sings the story of the Nativity. 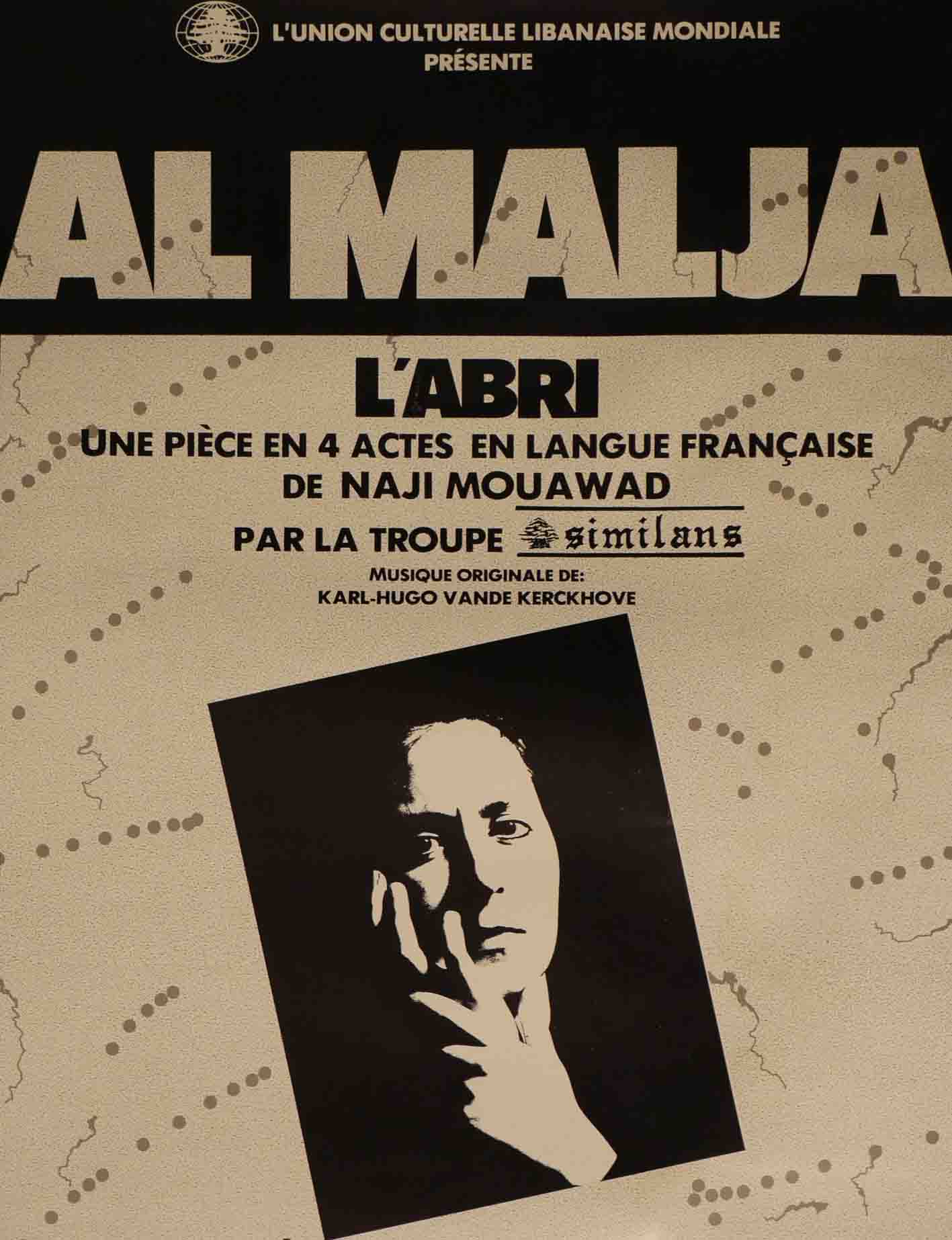 As an author, composer and performer, Karl Hugo was invited by the Mouawad brothers to musically illustrate the depth of the confrontation between Muslims and Catholics in a Lebanon at war. This would be Hugo’s first soundtrack, produced with the help of his friend Luc St-Pierre. 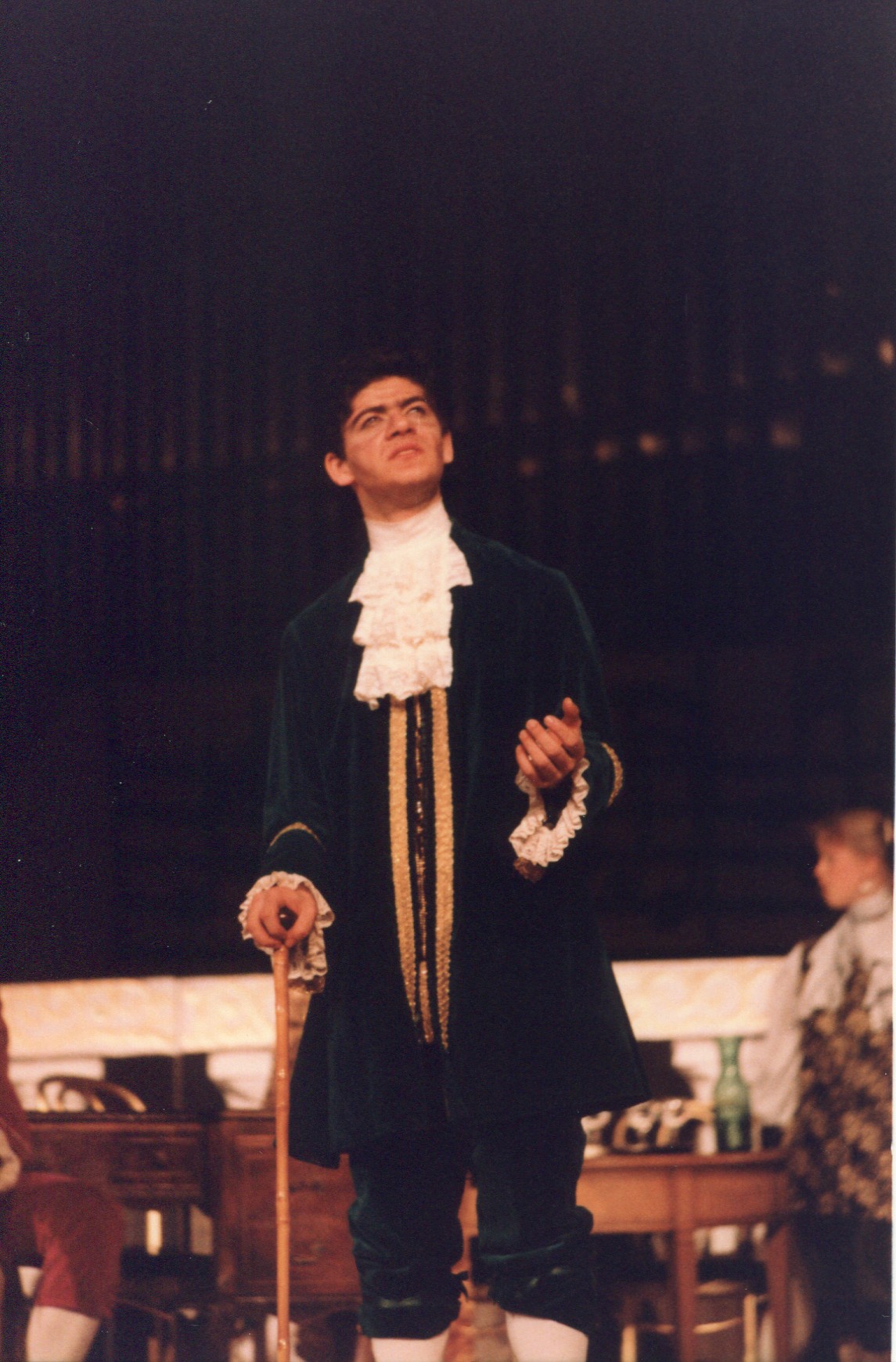 This is Karl Hugo’s first dramatic creation. Set in the early 18th century, this musical play oscillates between fiction and historical reality. The tax collector La Pouplinière and Princesse de Conti hold a literary salon at which they receive a number of guests who knew Johann Sebastian Bach and George Frideric Handel. These include Friedemann Bach, the son of Johann Sebastian; Johann Mattheson, a close friend of Handel; and the notorious Rousseau, Voltaire and Rameau. The celebrated conductor Alexander Brott joined the project along with many actors, musicians, dancers, choristers and designers to put on a colourful show.